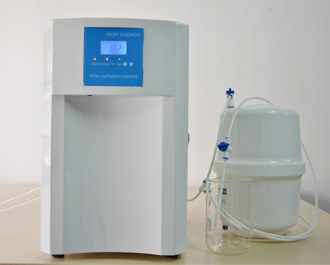 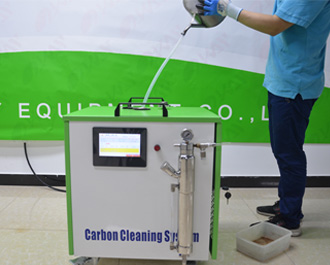 Test method
The two set of OH1000 oxyhydrogen generators are used to electrolyze with ultrapure water(18.25MΩ) and pure water to produce oxygen and hydrogen gas. The testing period is our machine’s maintenance and running time 500hours.

We analysis the state of electrolytic cell and its components after water electrolysis with ultrapure water and pure water. We are to confirm whether the 500 hours maintenance period can meet the cleaning requirement and check the durability of machine’s and components life.

4.Comparison of water quality in the process of water electrolysis.
Collect the samples of electrolyte liquid at different time. By collecting the electrolyte,we get the following conclusions as below: 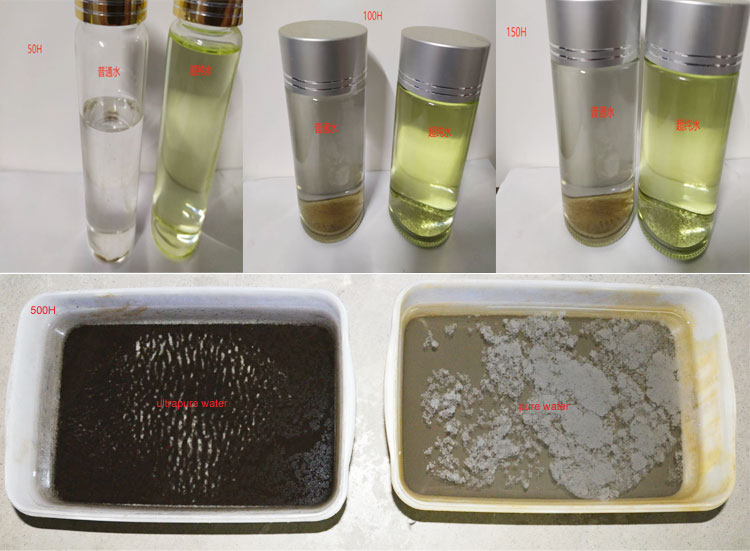 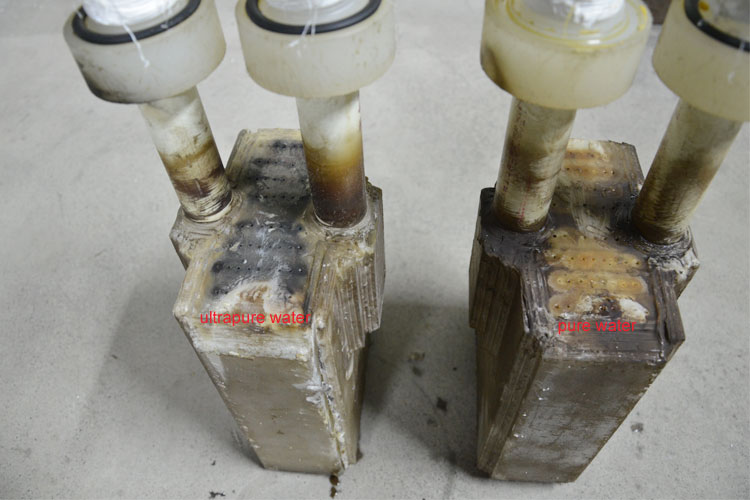 The above pictures show that the impurities produced after electrolysis of pure water are adsorptive. If the generator is not cleaned effectively for a long time, the generator will be blocked and the dry burning of the electrolytic chamber will be damaged.

Other Questions During The Test
When testing about 200hours, one cooling fan has abnormal noise, which is fan fault. When testing about 420h, the equipment trips suddenly during operation, and it can be started normally after cooling for half an hour after tripping, which should be the power switch fault.