Oxyhydrogen gas flame cutting is divided into 2 steps:
The first step:preheating the carbon steel
The carbon steel plate is heated by flame until it reaches the buring point 800 temperature degree. The oxygen needed in the preheating stage is used to support the combustion of combustible gas, and the oxygen gas amount needed is relatively small about 10% of the total amount.
The oxygen produced by the oxyhydrogen generator is just enough for the flame combustion-supporting.

The second step:cutting
After preheating the steel plate,we should open the high pressure oxygen valve to be cutting.And the oxygen cylinder’s pressure generally requires 0.5Mpa and higher according to the carbon steel plate’s thickness.The high pressure oxygen rushes toward the steel plate at a high speed, and has the intense combustion reaction with the iron.It is impossible for oxyhydrogen flame to cut through a steel plate. No matter how large the flame is, the steel plate only can be melted.Only the plate's melting point reached and then adding hyperbaric oxygen (above 0.5Mpa),it can be cut smoothly. 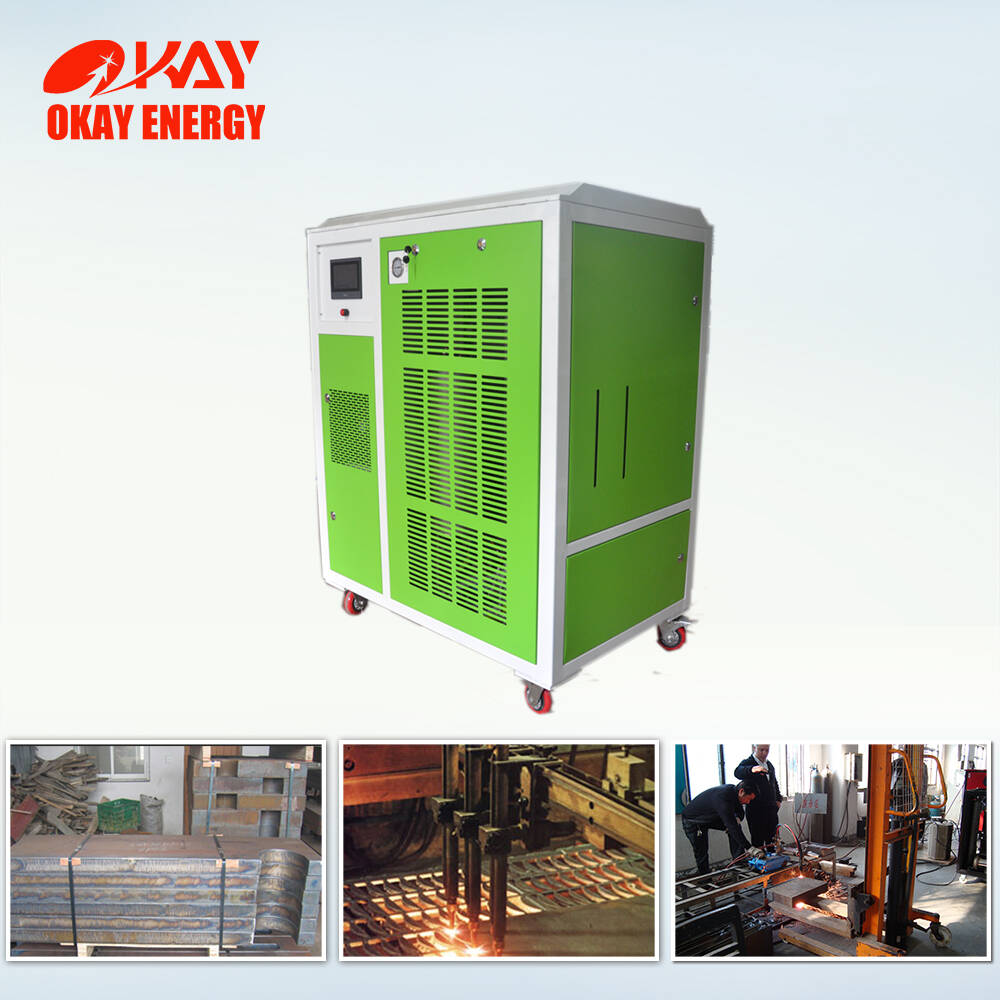 Oxyhydrogen flame cutting is a kind of low pressure oxygen and hydrogen mixture gas cutting system.Therefore,it must have high pressure oxygen gas cylinder for flame cutting.Some one maybe ask if it is workable with compressed air.Of course not,because carbon steel cutting should use pure oxygen.If not pure oxygen,iron is not completely burned as for the air containing 79% nitrogen which prevention the combustion reaction of oxygen and iron.The oxygen percentage 99% will have an ideal gas cutting effect.