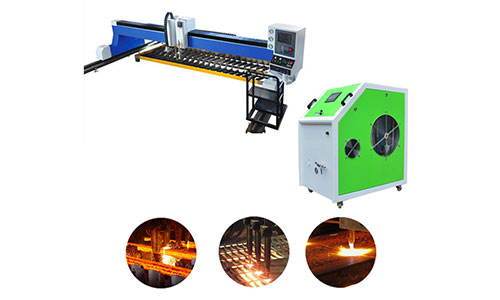 Introduction
Oxy-hydrogen water cutting machine is a kind of oxy-hydrogen generator which used for carton steel cutting.
The principle of oxy-hydrogen cutting machine is water electrolysis from water into hydrogen and oxygen through the water separation system, cooling system and anti-backfire system,and the output mixed oxygen and hydrogen gas by acetylene rubber hose was connected to the acetylene entrance for fast cutting.
Advantages
1)Eco-friendly.
Water electrolysis make water into oxygen and hydrogen gas.It is water vapor after combustion,which is no carbon emissions rather than harmful CO and CO2 gas.
2)High safety.
It will produce gas when use and don’t produce for no use.When the working pressure is 0.2Mpa,it will automatically stop producing gas to prevent the risk of leakage and backfire instead of high pressure fuel gas vessel. Anti-backfire device make all of gases through from water in the case of backfire, and water will put out of fire.At the same time,the pressure relief valve will automatically reduce high pressure and automatically reset in the case of backfire.
3)Oxy-hydrogen cutting without residue,firepower and quick preheating.
The left is Oxy-hydrogen Cutting,right is acetylene cutting.