Cases
Home > News > Company News
12th Anniversary of Okay Energy -the two-days tour of Phoenix Ancient Town
After a nervous sales competition in September,Then we have a busy production month in October. Okay Energy’s 12th anniversary ceremony was delayed until November. Thanks to all the staff’s hard work and great success on Superseptember,Okay Energy decide that the 12th anniversary activity is to relax ourselves, and we have two-days tour of the Phoenix Ancient Town on Nov. 3th-4th.

The Phoenix Ancient Town is located in Xiangxi Tujia & Miao Autonomous Prefecture,Hunan Province. There are about 5-6hours driving by bus from Changsha. Unfortunately,the bus broke down after two hours of driving, and we took about 10 hours to the destination. Even though this was a long journey,we saw the beautiful night view along the Tuojiang River, tasted a variety of local snacks and enjoyed the relax music along the bar street. 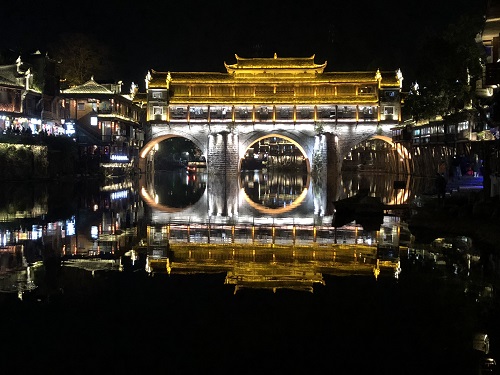 Phoenix have many scenic and historical sites. Next day morning,we visited 9 famous spots in the ancient town. There is different sightseeings between day and night in the town. 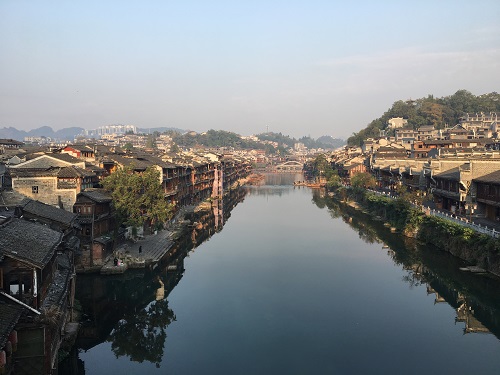 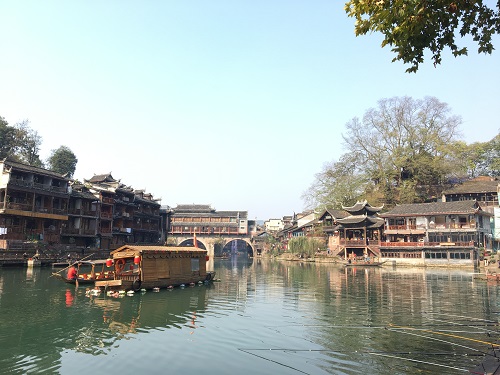