Cases
Home > News > Industry News
CORDIS talking about the development of oxy-hydrogen flame for welding,cutting and brazing
The oxy-acetylene flame has been used very widely in industry for many years.However, it also has some drawbacks which are becoming more significant with increasing health and safety and environmental concerns.Oxy-hydrogen flames can be generated by the combustion of oxygen and hydrogen produced locally using an electrochemical cell. This approach has the following advantages over oxy-acetylene heating: 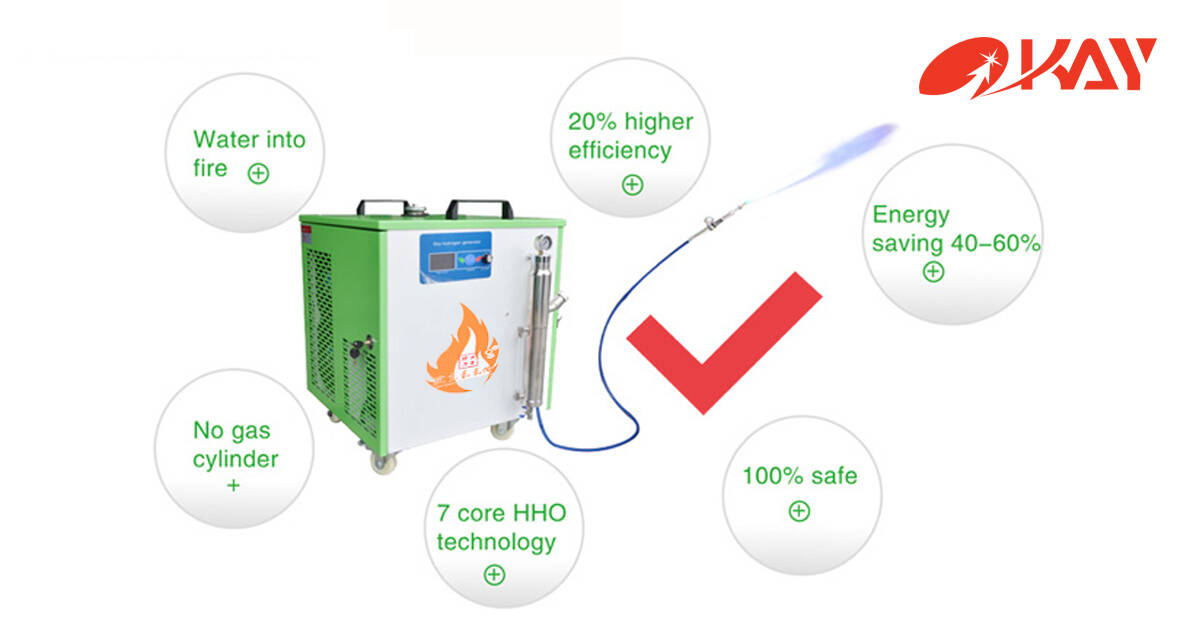 •The cell is highly portable, reducing transportation costs and increasing the flexibility of the process.
•The fuel is water which is widely available and low cost.
•The process requires electricity to generate the gases but is >60% efficient.
•Storage of combustible gas is eliminated
•The system can be deployed flexibly and is cost-effective compared with oxy-acetylene.
•Control over the combustion process will enable reducing or oxidising conditions to prevail during the heating process.

Oxy-hydrogen flame combustion can be used as an alternative to oxy-acetylene, for applications which including precision welding, brazing and soldering, cutting, repair and heat treatment.

This is from Europen Commission's Community Research and Development Information Service(CORDIS)
More information about the development of oxy-hydrogen flame for welding,cutting and brazing.you can go through CORDIS.
Share:
Last:
HHO Hydrogen Gas For Boiler Efficiency and Combustion
Back to list
Next:
HHO soldering brass instruments for brass instrument repair work